Improvisation in a Major Key


Now put them in alphabetical order: a, b, c-sharp, d, e, f-sharp, g-sharp, a. Notice that is an A major scale. This is essentially what a key is. What "key a song is in" is which major (or minor) scale all (or most) of the notes in the song belong to (or the melody, riff, section of the song).

So, the first thing we need to do is be able to confidently play the A major scale in order to play the licks we'll build in this tutorial. Let's work on that now!

We're going to use the A major scale in two octaves in a lower register. And an octave higher in the higher register. So, let's practice it with a backing track. Don't worry if you can't play it all right away or very well. Right now we just want to start playing it in 2 different places on the fretboard to get used to the sound, feel and look of it. 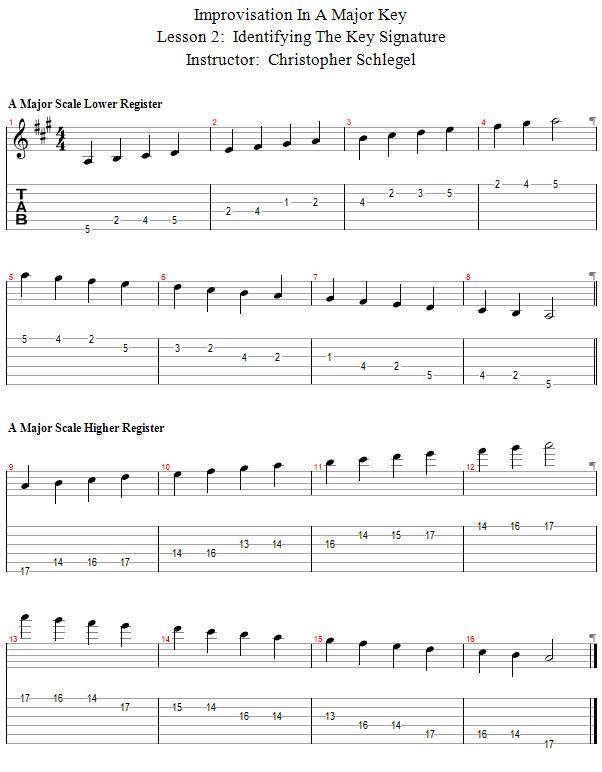 Improvisation in a Major Key