Come Over Tonight: The Main Hook

This is the part that is the most memorable. The most catchy. The hook! We've all heard it. We all recognize it.

It's 3 chords, but it's also using some low strings as bass notes as well as higher strings almost like a melody. This might be thought of as the way a piano player plays, rather than just pounding on plain old root-position chords.

This somewhat punky new wave song here uses custom voicings of E, A, and D. On top of those well'known chords we throw in a few embellishments or suspensions to give it some variety. This hook is a way to make those same old rock n' roll chords mean something. If you were to pick up a guitar and play E, A, D in first position, it wouldn't be memorable. That could be any of 5,000,000 songs written since the 50's. So we're using those same fundamental musical building blocks, but we're turning it into something fun and crazy.
Open In New Window 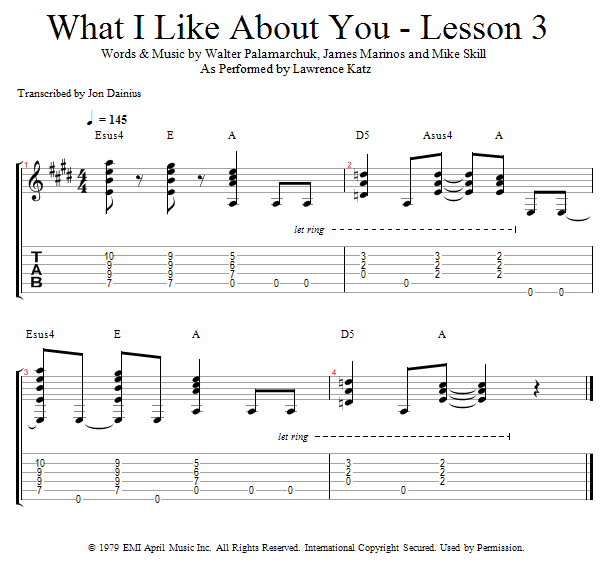 Instructor Lawrence Katz
Artist: The Romantics
Song: What I Like About You
Difficulty: