In this tutorial we will learn another lick that incorporates all 5 fretboard shapes/positions that form the pentatonic minor scale. The idea is to play a simple 4 note lick that is very widely used in many rock solos (and other genres). The lick involves a hammer-on and a pull-off. Using this little pattern of four notes we can wind our way up through each pentatonic box after another until we cover the entire fretboard.

If you are unfamiliar with the overall concept of the pentatonic scale and patterns then you can check out these tutorials which explains everything you could want to know about the major and minor pentatonic scales.

The idea in this tutorial is to play a simple lick that involves a four note pattern on any two adjacent strings using pentatonic boxes. The mechanical technique involves combining a hammer-on and a pull-off on the upper string. Then, landing on a note on the lower string. Finally, we will move the lick to all five pentatonic boxes.

Then, we will learn how to use the lick to wind our way through the boxes and cover the guitar! 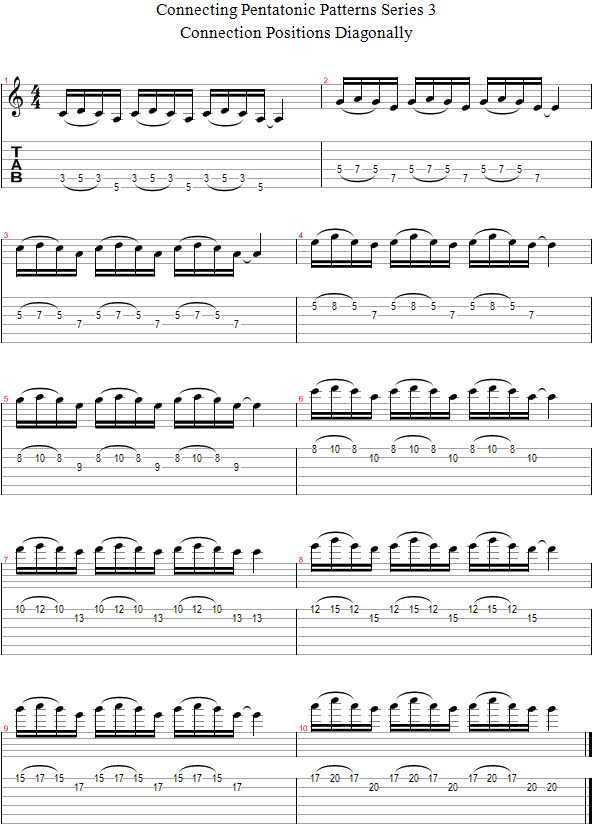