In this lesson I show you how to play the lick using the fifth pentatonic box. Again, we are using two adjacent strings at a time. Again, we start on the top two strings, the E & B strings. After doing the lick using those two strings, move to the next set of strings. Keep moving over to the next set of strings until you've covered the whole pattern and all the strings.

At the end of the video I play the first pentatonic box again an octave higher. This is something you've heard in a lot of screaming, shredding and wailing rock and roll solos! 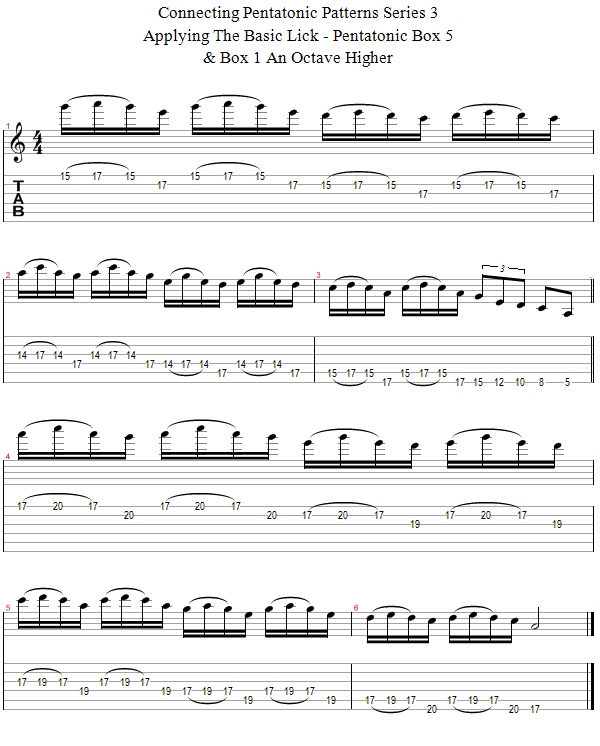