One of the interesting things about learning and teaching a song that's this recognizable is that you might assume all kinds of things about the chords structure, what key it's in, or how it was done.

In researching this song I found incorrect tabs in the wrong key and a lot of discussion about how the song was done in a G tuning. In my own experience I haven't found any evidence to support the G tuning theory and will be teaching the song in standard tuning, in the correct key of F. This makes the verse section chord structure C Major, Bb Major, and F Major. 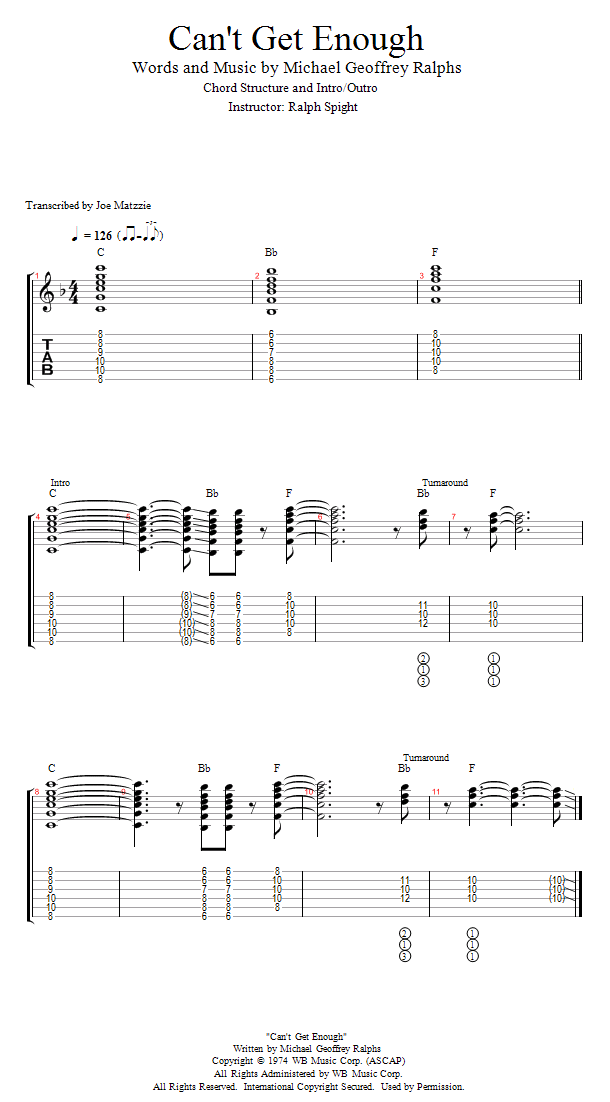