Pay attention to the rhythm pattern, it's very common but all too often played poorly.

Check out the palm mute in the right hand, this is one of the greatest ways of creating interesting dynamics.

One interesting point about the song is that the verse is the most recognizable part of the song, almost more of a "hook" than the actual chorus.

The steady motion of the progression and the rhythms combined with the piano line makes the progression seem very melancholy and not at all as repetitive as it may seem, a great way of adding interesting harmonies to power chords as well. Once again a production idea spawned in the early 90s.

Also remember that you're playing the verse at this point, so be careful not to over play and trample on the singer. 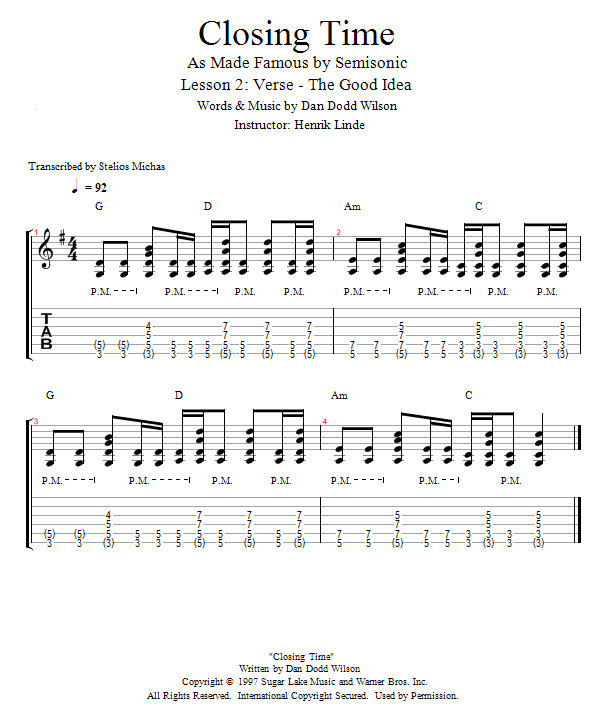