Rhythm Behind the Solo

After the second chorus the song modulates from the key G to the key of A and there's a guitar solo played over the same progression but now in the new key.

An interesting thing with this key change is how the dominant 4 chord becomes the five of the key it modulates to, so it just sounds natural going back to the original key. It's a very common resolution, the V7 returning to the root I chord. Very clever writing.

The solo itself is very alternative sounding, kind of like a noise thing, really cool. 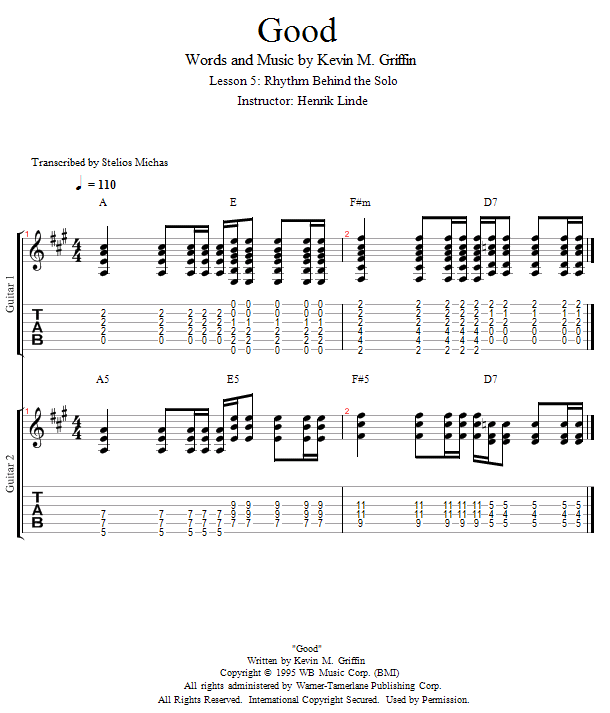