In this first lesson we will look at an A major chord stretched out across 5 strings. As usual, the hardest part at first will be co-ordinating the "rolling" of your index finger to match precisely when your pick sweeps across any given string. You want to have your index finger holding down a note on a string just long enough for the pick to sweep across it. Then, slightly release the pressure so that the string is muted and not ringing any longer. Your finger should still be touching the string but not pressing it down hard enough to let the note continue to ring.

You should also be careful with how much muting you do with your picking hand. Try different amounts of pressure from light palm muting to medium, then to heavy.

I show two different ways to play this major arpeggio. The first has the E (5th of the scale) as the highest note. The second has the high A (the root or 1st of the scale) as the highest note. In both cases we will eventually move them around in order to play three different major chords. These are the chords we will use to flesh out a basic, common chord progression to play over a backing track for practice at putting these patterns in time. 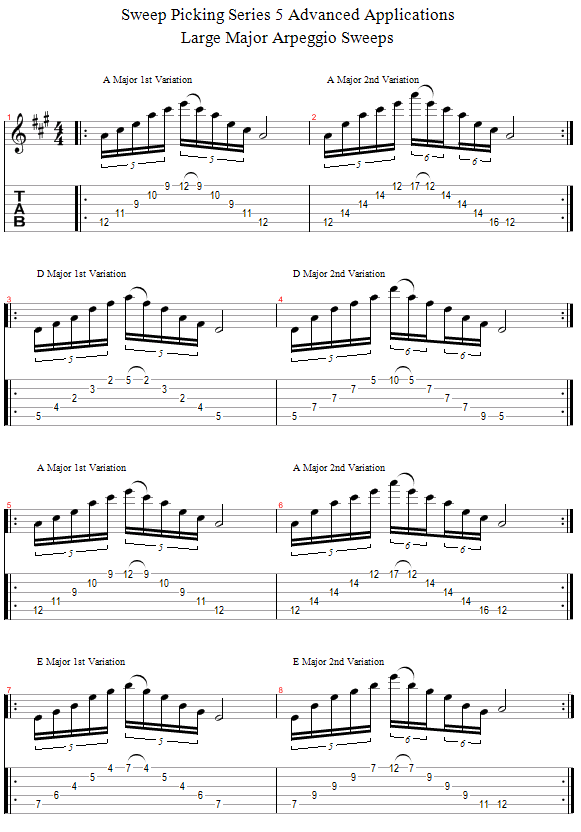