Now we're in the verse, and you hear that classic template of the quiet verses/loud chorus song structure that Nirvana popularized in the early 90s. It's pretty much been a staple of modern rock radio ever since, and this song is no exception. Some cool guitar layering and effects goin on here.

The first thing you'll notice is the pulsing tremolo guitar effect that runs through each verse. Really adds some sonic candy to the production and adds an almost pad-like bed for the vocal to rest upon. You can achieve this effect by using a tremolo pedal and setting the depth high and rate low; you'll have to experiment with the rate to get it close to the tempo and lock with the band. You'll also hear some echo and delay on this sound that adds depth and really makes it a rich part. Interesting is that there is not much to actually playing this part, just strum whole notes on the C minor triad.

The second guitar part comes in halfway through the 1st verse. It's a clean guitar part that just hits single notes in the C minor scale that reflect the chords the bass is outlining. Notice the combination of both parts really extend the haunting feeling that was first setup in the intro.

The second guitar part in the 2nd verse is an entirely different part - even the tone is different - still clean but with a bit more hair (gain) to poke the notes through a bit more. The part still features single notes in the C minor scale.
Open In New Window 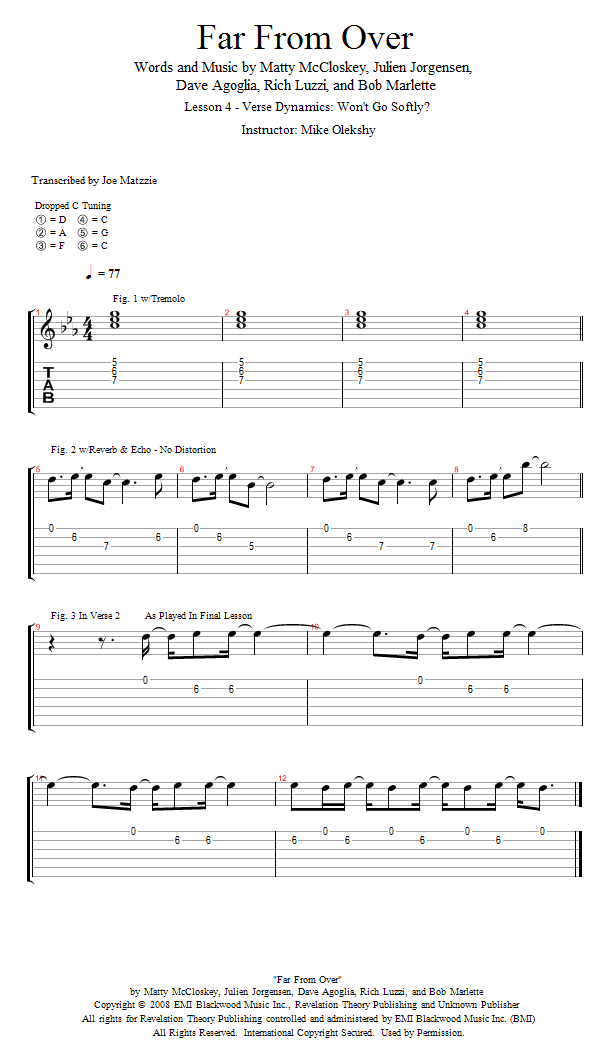