Headed For A Heartbreak

This song is in standard tuning and you'll need to be familiar with the power chords F5, G5, Bb5, and C5.

This power ballad also utilizes many chords not usually found in rock such as: Ebmaj7, Dm7, Dbmaj7, Csus4, C, Db, and Eb/Db.

The tonality of this song is rather interesting. Modally the intro, verse, and chorus are in the key of F major, however with the melody it has the sound of Bb Lydian. The bridge modulates up to Ab Major. The solos are based primarily in C Mixolydian which creates the sound of Bb Lydian over chords with Bb in the bass.

The tone for this song is straight-forward: just get a basic distortion sound through a Marshall amp or similar, or use a distortion pedal. You can set your drive to about 50% for the rhythm parts, and crank it up a bit for the solos.

There's also some delay used during the solos, in particular the outro solo. Set the delay to 1/4 notes, 67 BPM, and your feedback down fairly low, around 10%. You really don't want more than a couple repeats in the feedback. 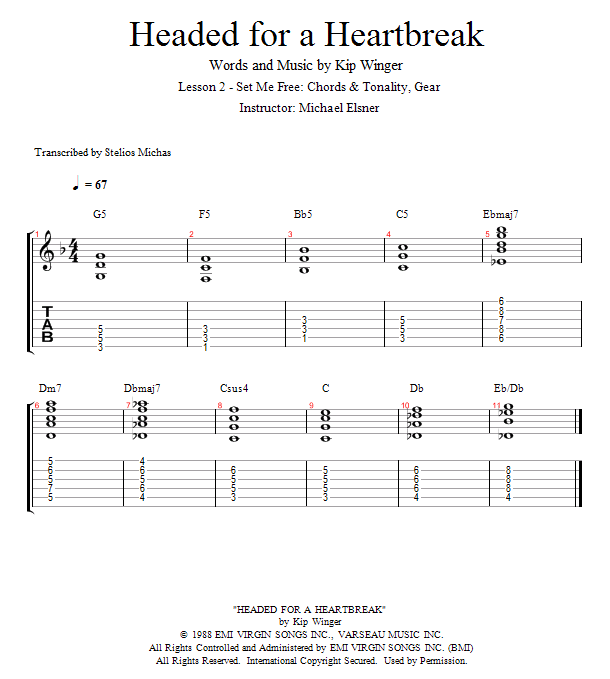 Headed For A Heartbreak