Main Solo: Your Dreams May Not

Lastly we are going to take a look at how to play the guitar solo heard in the song. The solo section plays over a similar chord progression that we have heard throughout the entire song, and features cool uses of harmonics, open strings, and chord tones. The solo is fairly simple and features several repeating motifs; reminding guitarists that you don't need to play a lot of notes to write an effective solo. Here are a few key points to keep in mind.

1. The solo plays over a 4 bar progression that repeats once, with the second time around having the alternate ending we heard with an extra measure (a bar of 3/4.)

2. The solo starts off with harmonics, and than goes into a series of licks, many of which repeat throughout the solo. You will also hear the lick we learned in our last lesson to reinstate that idea as well.

3. The majority of the licks in the solo land on chord tones of the chords we are playing over, and revolve around the same patterns of G major throughout the entire song. 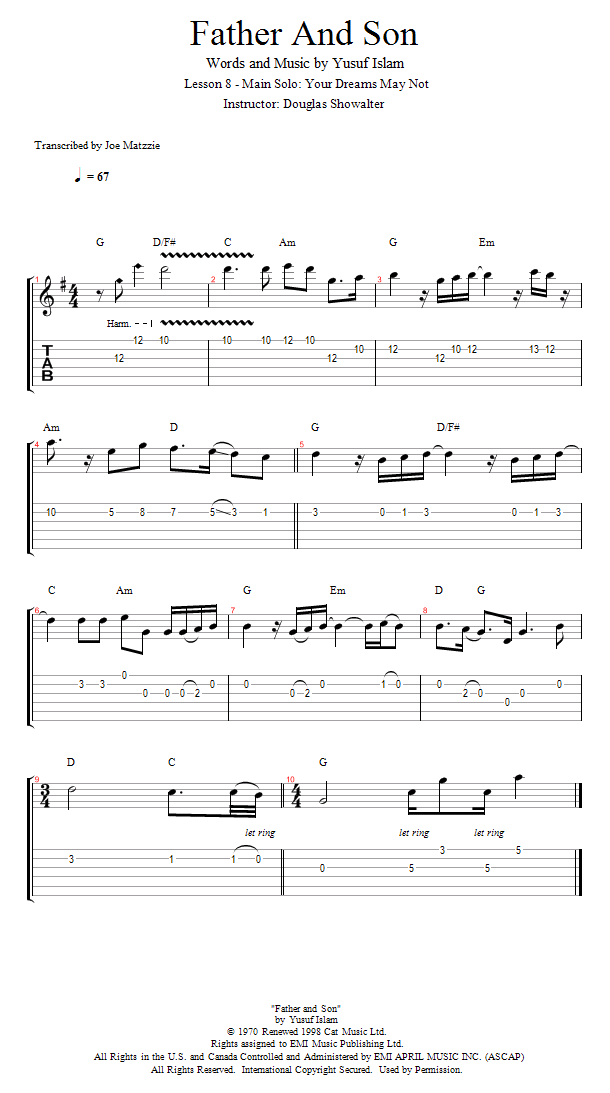