So the song starts out with this sing along sort of thing with an acoustic guitar playing D and G three times and then ends on A.

The rhythm of the main strums is on the "one" and the "and" of two, so you get a feel of on the beat followed by an anticipation. At the end of the phrase on the A chord, you'll play five 8th notes: one and two and three.

This is the main chord progression of the whole song, it's the intro of the song, it's in the verses, and also in the choruses. The voicings you want to use here are these standard full open chords.

Keep it very straight and strummy and make sure that you're tight with the rest of the band!
Open In New Window 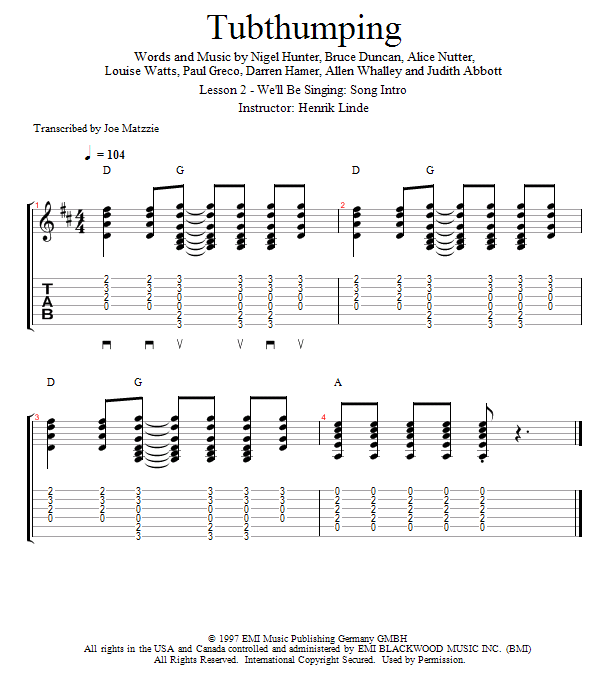