1. Both guitars coming in on part Beat 2, playing an eighth note rhythm, and on Beat 4 with a quarter note hit.

2. This part ends buy sliding down slightly on the last chord, playing on beat 4.

3. The chords are all played as open chords with distortion; playing G, D/F#, Emi, C(add2). The progression is played twice.
Open In New Window 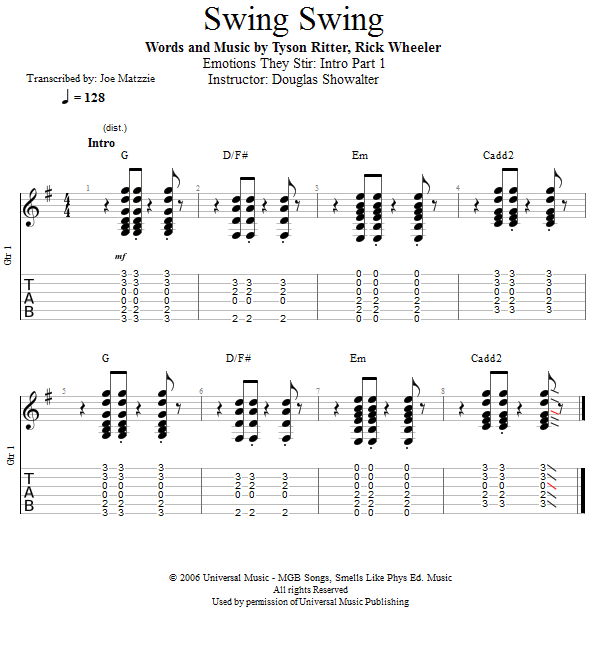