Once the full band kicks in, we're in the second half of our intro. This chord progression is also heard in the choruses, so once you have this down you are ready to play several other sections of the song. Here are some key points to help you play through this key chord progression:

2. Each chord is played as an open chord, and both guitars are playing the same parts.

3. This section is 8 bars long, and the guitars are playing a consistent eighth note rhythm.
Open In New Window 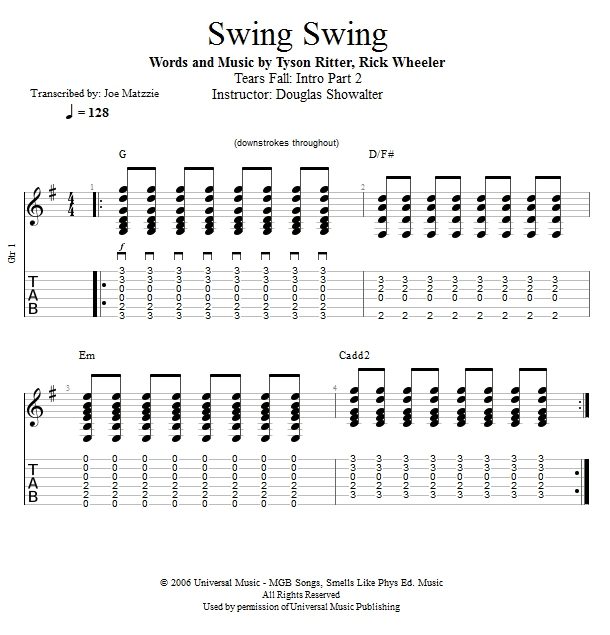