The song is gonna start with the main riff that we'll be playing throughout most of the song, so it's important that you really nail the chord changes and the feel of the rhythm here.

We're starting on an Ab power chord in the open position, then we're gonna move up a minor third to a B power chord, then moving on down to an open Eb power chord, and before the progression cycles we're also gonna play an open Gb power chord.

This looks like a 1, b3, 5, b7 chord progression but it really serves the purpose of a riff more than a chord progression. That's because it's gonna become a lot about the pick scratching in between playing the chords, and also the open strings that we're gonna hit in between.

The rhythm of this riff is what makes it so special, and it's very typical for Nirvana. This is also how you'll be playing the chorus but with a distorted tone so be sure that you get this part nailed.

Pay close attention the right hand here, where the scratching falls; but also where I play the open strings that we hit in between the chords.

After the intro we're gonna go right in to the verse where we'll be playing the same progression, but in a really mellow arpeggiated way.

Once again starting on Ab with the open Ab string, then hit the 5 and octave, then open Ab again. Moving on to the B playing Ab open, then 1 and 5, then the five and octave together.

Hit another open Ab before you go to Eb, where you'll simply hit open Eb and the 5 and octave.

The Gb will be almost the same as the B but on the E string.
Open In New Window 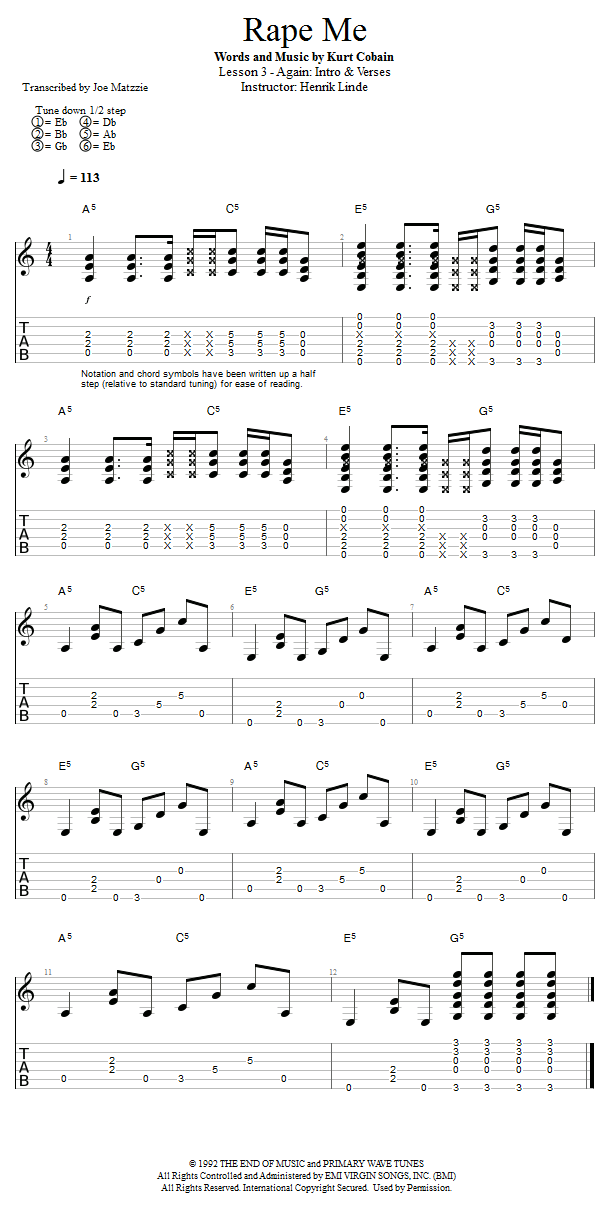