For the intro and the verses we'll simply go between an open E minor and
G major chords. This an excellent demonstration of relative major and minor, also called "enharmonic". Simply put, the E minor and G major scales have the exact same notes in them, so the chords based on these scales are enharmonic.

This may seem simple enough, but the important thing to keep in mind here is the rhythm.

As usual with Nirvana, what's played in the transitions between the chords is almost as important as the chord itself. Notice how you almost hammer on the G chord when switching to it.

You need to be very consistent in your right hand when you're playing parts like this. This is a great song to get your rhythm chops going!
Open In New Window 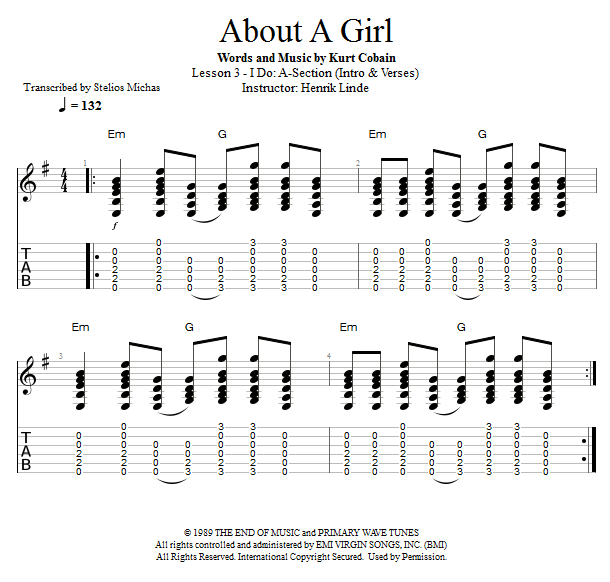