Hang Me Out to Dry: B-Section

When we hit the B section of the song, we're going to change keys. It's kind of bizarre sounding, but because of the way that we'll be transitioning back to the original key it ends up sounding really cool. It also supports the vocal really well.

Then we move down a fifth to an A power chord and then we'll end on a C power chord.

With the rhythm, start by doing two downstrokes on the C# and G#. Alternate once you get to the F# and notice the little pause here. Then we move on to E, A, and end on C.

Notice that before the outro of the song you're gonna repeat this last phrase and stay on the C for two bars.

The B section is a really cool twist on the arrangement with the key change, but at the end of the section we're nicely transitioned back to the original key, really great songwriting!
Open In New Window 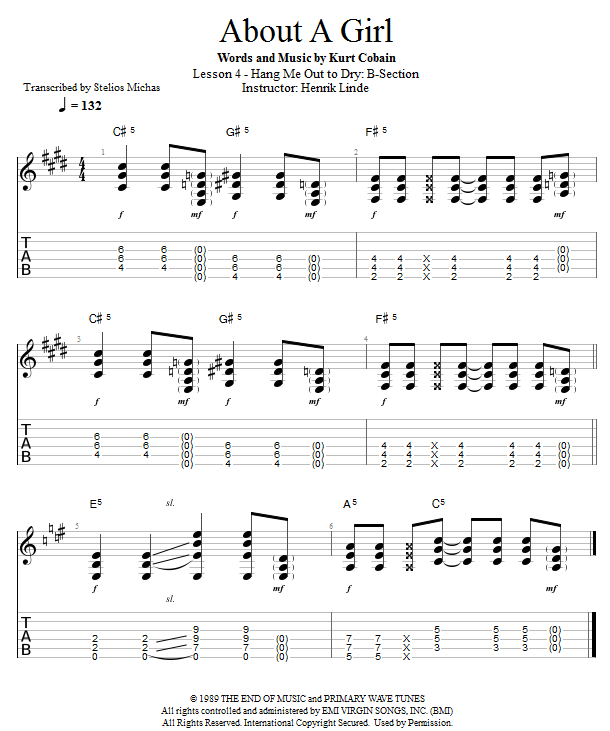