Have A Clue: Guitar Solo

The solo is just one melodic phrase repeated 4 times.

You'll repeat this 4 times and then move on to another B section.

In the solo we have the distorted guitar for the first time. It's simply doubling what the clean one is doing, and it's gonna stay in from here on out, doubling the clean guitar.
Open In New Window 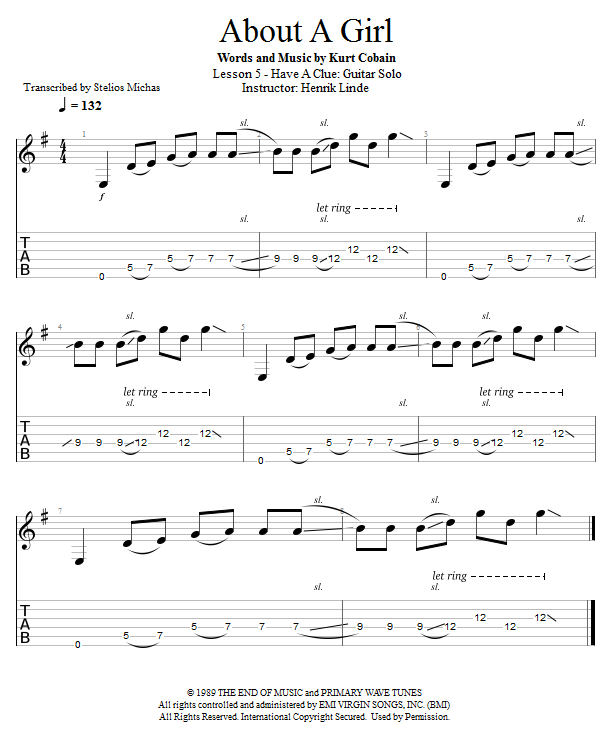