The second half of the solo sees Guitar 2 enter and continue the killer licks. A nice right hand tap/pull off move gives some character to this section, as well as the short whammy dive bomb on the B note to end the phrase. Milk the sustained notes with some tasty vibrato.

Don't be scared off by the climactic harmonized run at the end! All the notes play off of the A minor scale at 12th position, and with some practice at slower tempos, you'll be burning it up in no time.
Open In New Window 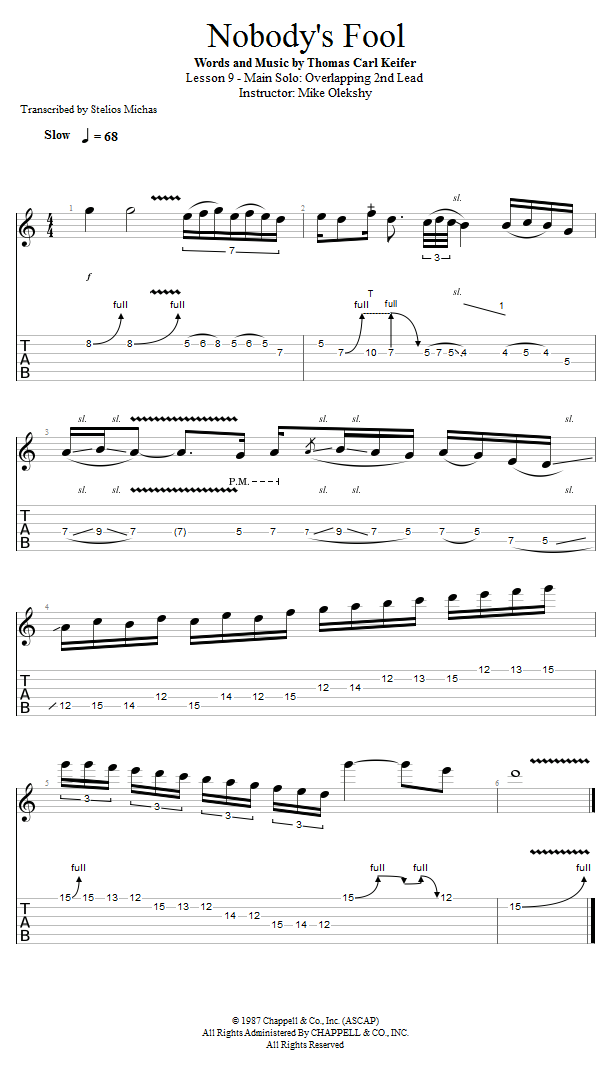