When playing a slow rock lead, tone is important. In this lesson, I play the lines with heavy effects. There is a thick, creamy distortion and reverb. Most importantly is delay. The delay has six to eight repeats. This thickens the note you play and allows it to sound sustained for a short time after you've stopped playing it. When this effect is in the entire mix of music, the repeats of the delay aren't obvious and the effect is quite nice.

Notice that the actual phrase that I play does not involve playing many notes at once. I milk one or two notes at a time to create long, breathing tone that works over slow rock grooves. These effects make this possible. 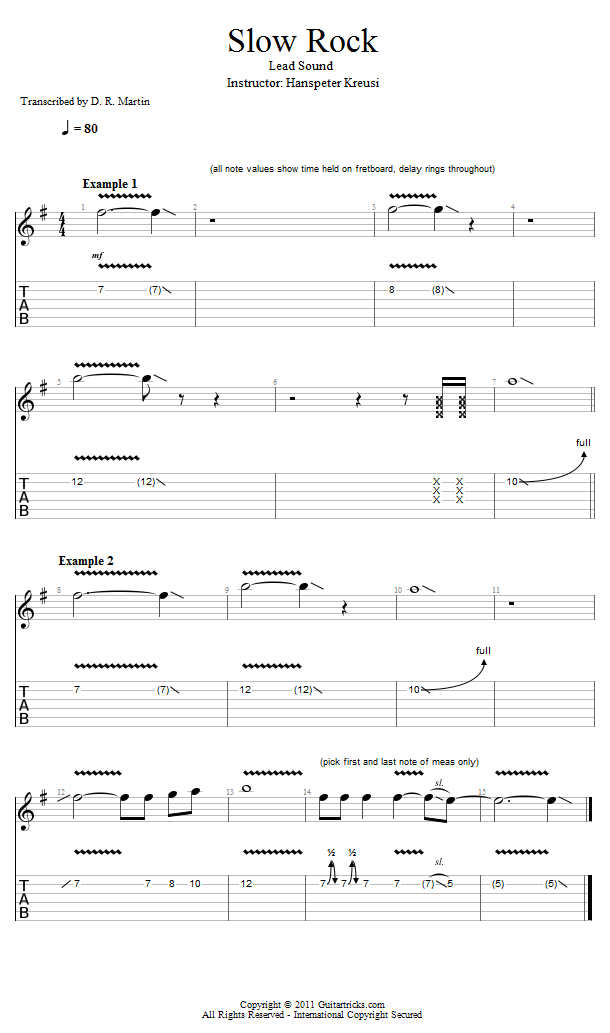