In this lesson I have a progression in E harmonic minor. We are going to start with smaller arpeggios in a minor context, then we will use the larger 3 octave arpeggios at the end of the progression. First, just look at the basic pattern involved.

That's a lot of sweeping! Be careful and go slow at first until you can get it up to speed. 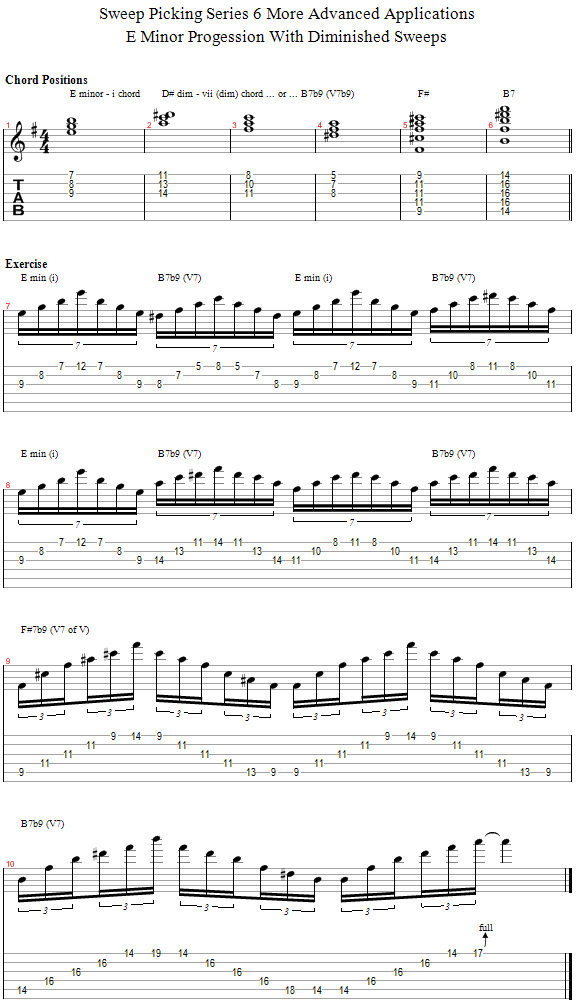