In this lesson we have a large chord progression using mainly two shapes.

As soon as each chord is played I move the pattern down to the next chord. In this case, A major, then E major with a G-sharp on the bottom, then that G-sharp leads to a G note which becomes the root of the next section of the progression.

So, we wind up with a large descending chord progression.

Finally, at the end of this lesson I offer advice and encouragement in learning these advanced techniques.

Hopefully these ideas will give a better understanding of sweeping technique: what it is, how to do it and how to use it. If you are interested in other lessons on sweeping, try these: 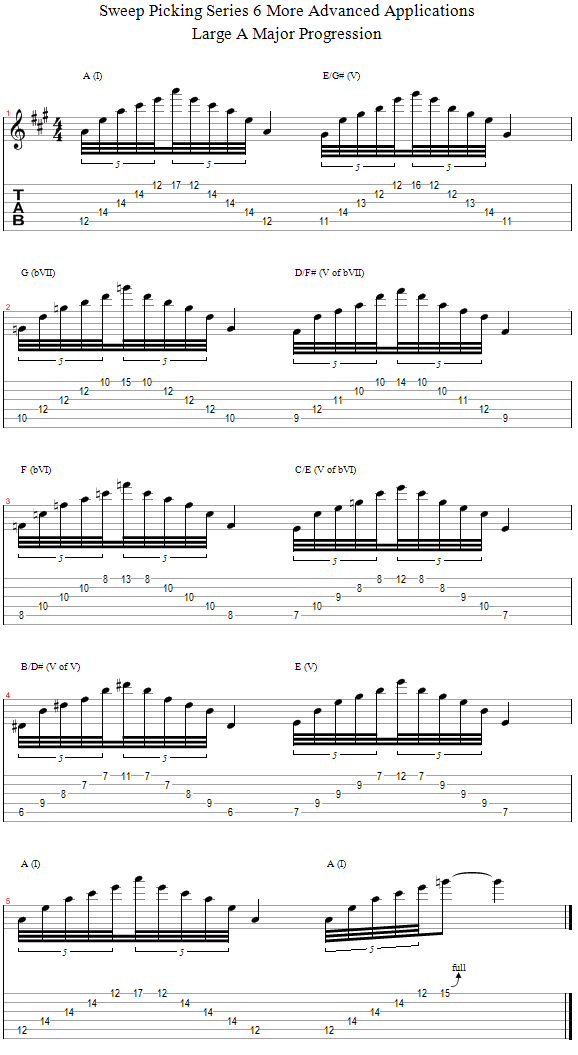