Between Angels and Insects

A second guitar layer appears at the end of the intro, strumming some chords then playing a variation of the intro riff. You're keeping a constant shape up top (and F and D note, outlining a D minor chord) and moving the root note around to hit the chord progression. The strums here are a bit restrained, so don't get too aggressive with the part.

The part switches to a riff similar to the main riff over the low D string drone. Again, don't get too aggressive here; it's restrained, making the impact of the full band that much more explosive!
Open In New Window 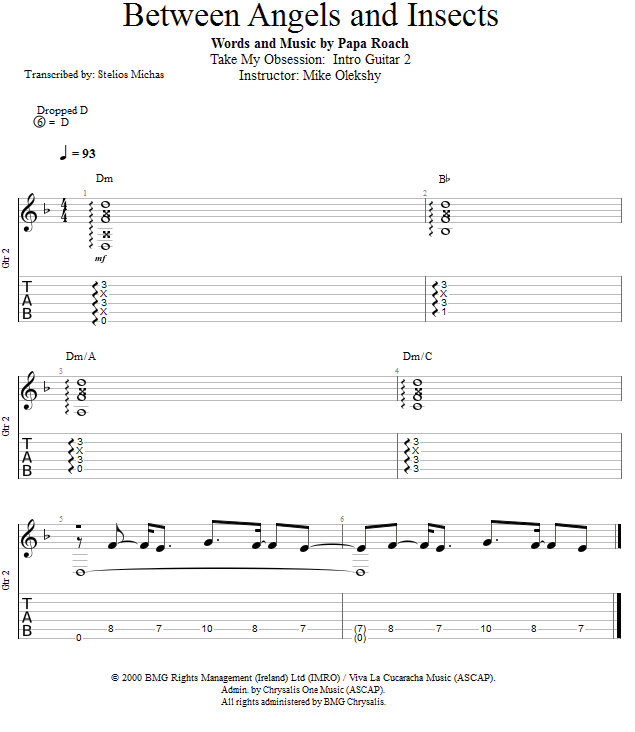 Between Angels and Insects