The intro sets the mood of the tune with some simple strums. The song is in the key of F major, so placing the capo on the 3rd fret allows us to play the F chord (I chord) with an open D chord shape.

The chords in the intro are F, C, and Bb/C repeated twice. The C chord is played with an open A chord shape, and to get the Bb/C, simply play the open strings from the low A string to the B string. This is an open G chord shape with an A in the bass.

The strums are a bit more sparse and specific in this intro, in order to set up the mood of the song. Once we hit the verse, you'll settle into a steadier relaxed strum.

There is a slight variation in the way the chords are strummed in he outro, so be on the look out for that. Also, the progression is played three times before the song ends. 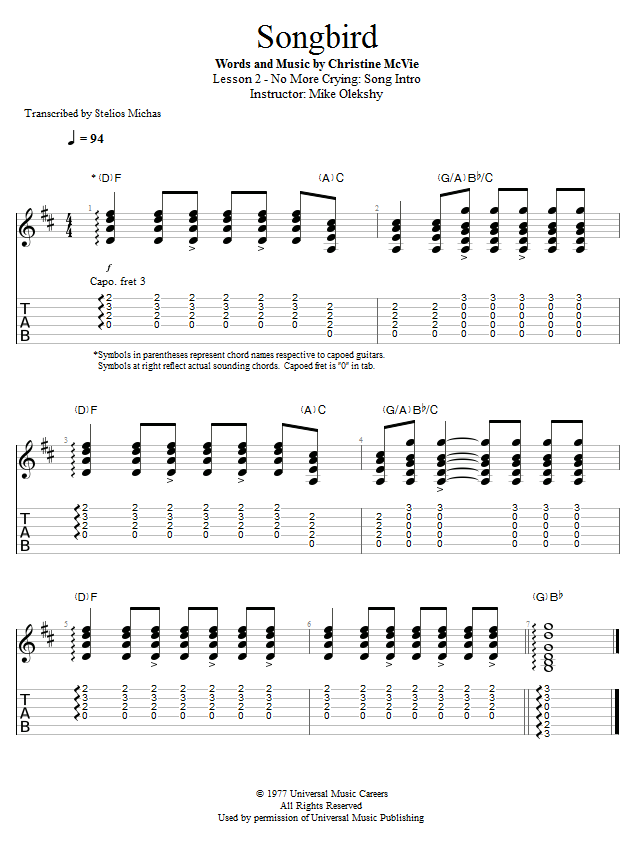