The verses in "An Honest Mistake" feature some simple melodies played by guitar #1, using plenty of sustain. These really help support the lead vocal. Both verses feature different melodies and rhythms. Here are some key points to help you through the first verse:

1. Both verses are 16 bars long, with guitar #1 playing multiple melodies.

2. There are three melodies played during first verse. The first comes in slightly anticipated over the fourth barre, playing a high A on the high E string and ringing for four measures. The second melody plays a descending line from F, to E, to D starting on eighth measure and rings out for four barres. The last melody comes in over on beat 2 of the thirteenth measure, simply playing an A on the G string and letting it ring.

3. There is a four bar re-intro before the second verse, playing an F on the high E string before swelling into a G on the low E string after 3 bars.

4. There are two melodies during the second verse. Both are of the same motif, each starting on C and F on the B and high E strings. The first plays the same rhythm resolving to an A down to G on the G string. The second ending plays an octave of G on the G and E strings, then plays a high C to end it. 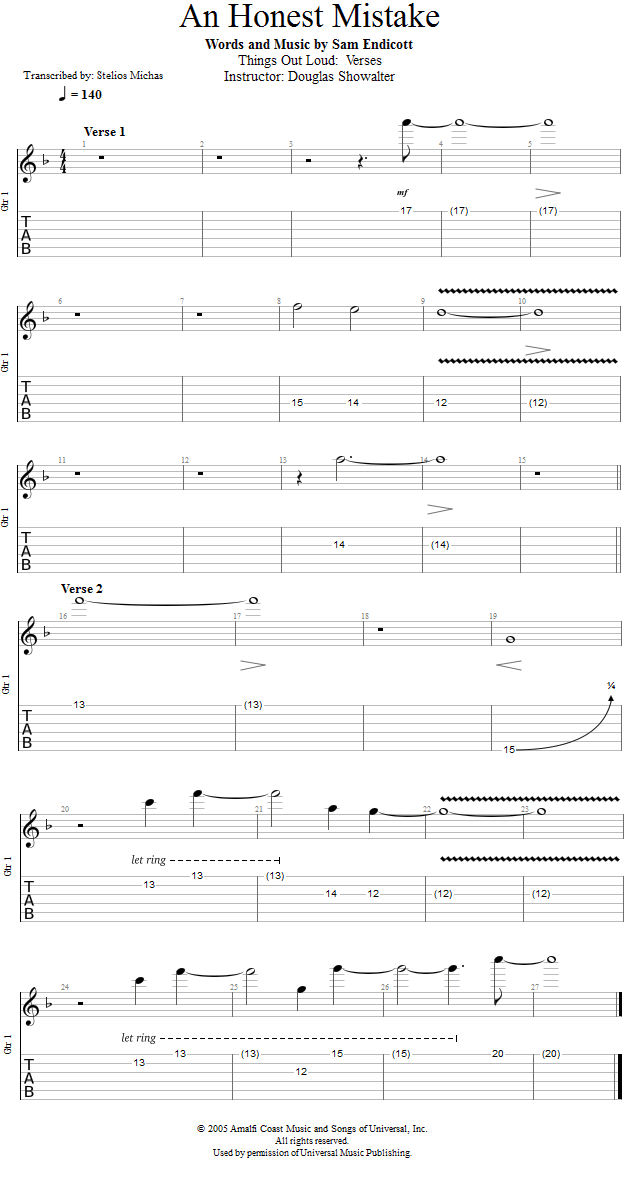