My Mind Is All Around You: Slide Intro

The intro melody matches the verse melody, which uses the F mixolydian mode. That's an F major scale with a flat 7th degree. We play the melody in 10th position, only moving down to fret 8 to start the big slide at the end.

Notice that in the intro we're not sliding between the notes much at all. Instead we're damping the strings after each note with the picking hand and moving the slide accurately to the next note. There are only two slides; one from the C at the 13th fret, then the long slide from C on the 8th fret all the way up to A at fret 17 at the end. Add a little vibrato.

After the intro, the electric guitar does not play again until the solo section.
Open In New Window 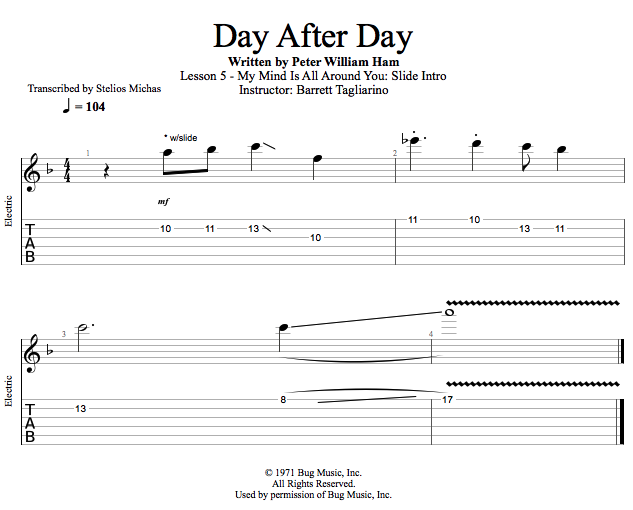