First we are going to learn how to play the effected melody you hear at the top of the song, which is heard all throughout the track. Here are some key points to help you through it:

1. The main melody is a four bar phrase, with two varying endings. Each phrase starts the same way, but ends differently.

3. This two bar phrase is played at four different points in the song; twice in the intro, twice during first and second verse, three times in the third verse, and twice to end the bridge. 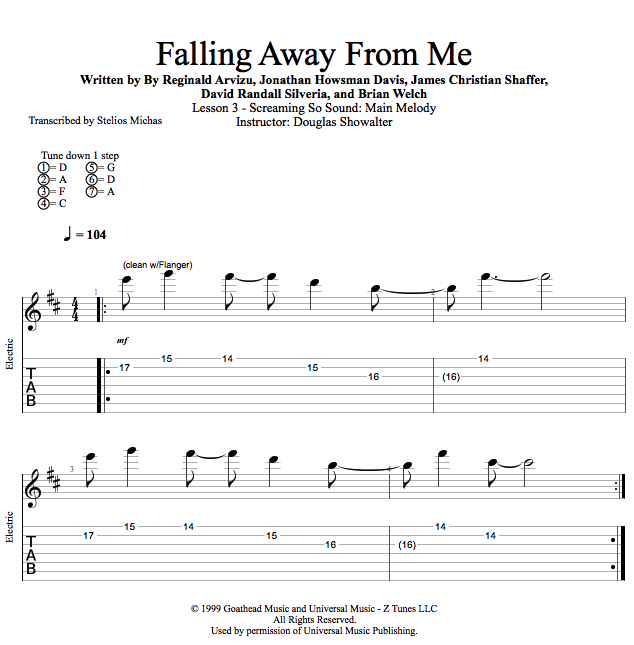