Into the Ground: Chorus

The chord progression for our choruses is a series of barre chords using our 7 string with some cool anticipations, and a wall of distortion. Here's some key points to help you through it:

2. It is played twice for the first and second chorus, and four times for the final round of choruses.

4. All other chords are played on the downbeat and ring for two beats each, except the C5 which rings for 3 beats and an additional sixteenth the first time and for an entire measure the second time.

5. The last chorus will hit on the downbeat of 1 and the low A5 will ring out to end the song. 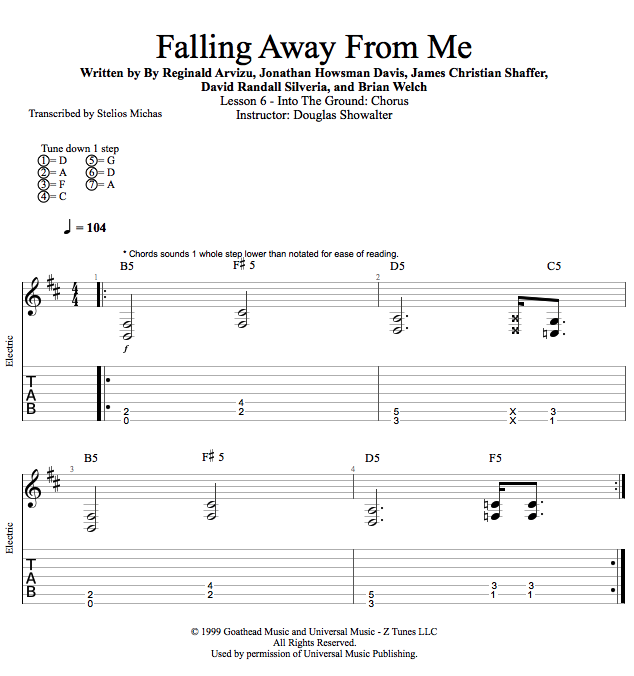