Hear Me On The Radio: Guitar 1 Chorus

In the recording, the chorus of our song features a wall of different guitar tones, effects, and melodies. You can however play the chorus easily covering the main chords with our distorted tone, using Guitar #1. Both choruses are the same length and features the same guitar parts. Here are some key points to help you through it:

2. The four bar progression is played twice, each chord being played twice with the first time being a beat and a half and the second ringing the remaining 2 and a half beats of the measure.

3. To end the chorus, you will start by playing the A5 the same way followed by the F#sus2 being played just three times. You will let the chord ring playing it once on the downbeat of the last measure for the third time, and it will ring until beat 4. On beat 4, both guitars will switch to the E5 power chord to transition into the main hook. 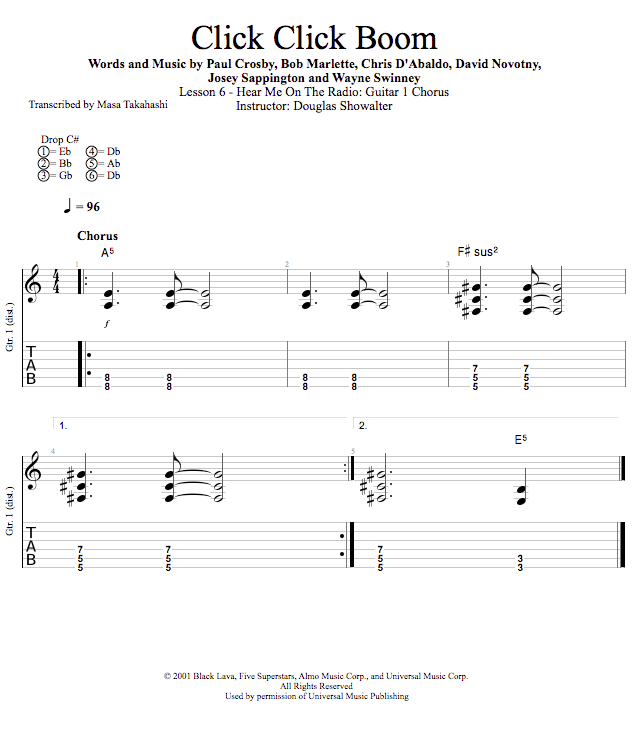