Up In The Air: Pre-Chorus Guitar 1

The intro of the song is actually the first verse, so once we're done with the intro and the song gets going we're going to move right along to the pre-chorus.

What we're doing here is just laying down some nice rockin' rhythm guitar. We're just going between a G power chord and an A power chord and it's all based on sort of the same rhythms, but the little differences that appear actually set up the chorus very well. 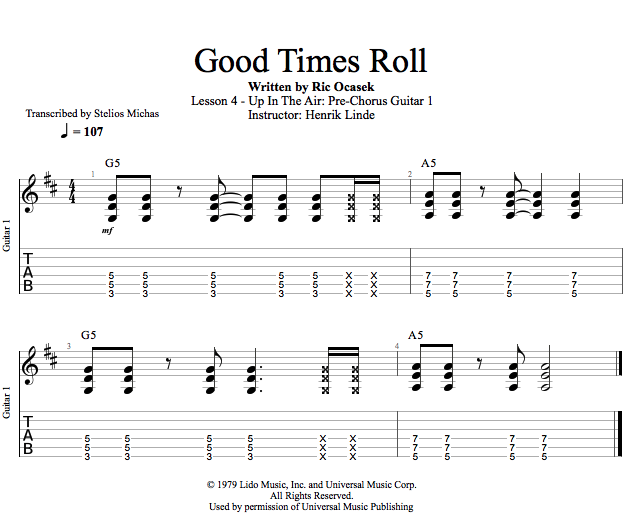