We're basing how we play the chord progression in the chorus on what we're playing in the intro of the song, but now we're moving around the chorus progression, and we'll end the chorus with some big ensemble hits on an open E power chord.

There's going to be a lot of different rhythmic variations on how to play the choruses throughout the song, and a lot of these variations seem to kind of have "just happened" on the spot in the studio.

Start out by trying to get one variation down solid and then play around with the others, it's the main feel and groove that's the most important thing. 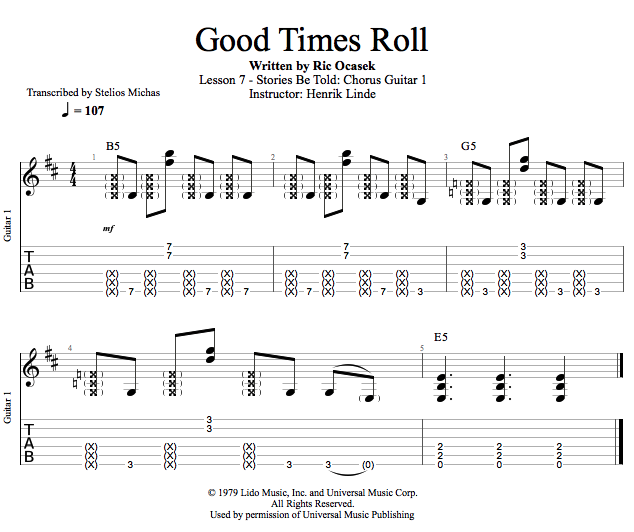