Make You A Clown: Verse Guitar 1

The basis of the verses are like the intro where we go between our B chord and our A chord; but also take a look at the variations that happen in the 2nd and 3rd verse.

In the 2nd verse it gets a little complicated where those high string hits actually are, but when you're playing the song it makes sense with the other guitar parts. Notice how the second hit is on the "and" of 4 as opposed to the "and" of 2, and no hits on the A chord in this variation.

In the the 2nd variation there's no hits on B or A until we come back to the second B chord. After that there's only one more hit and it falls on the "and" of 2 on the 2nd A chord. 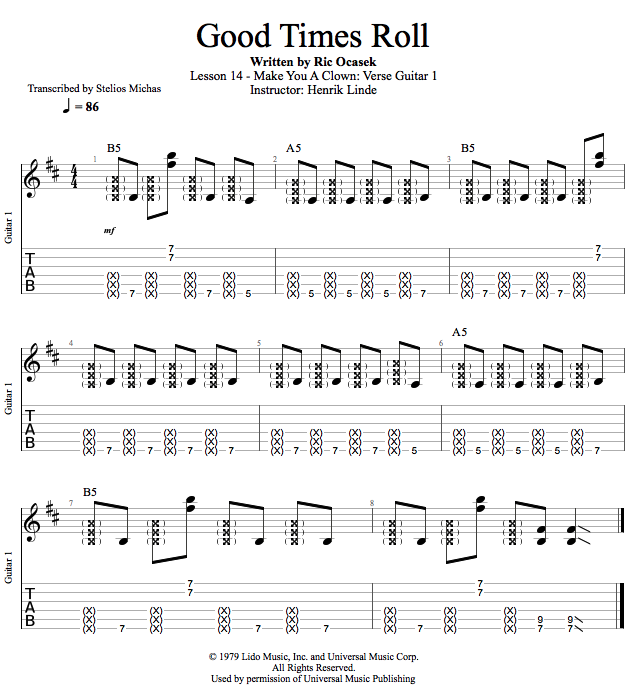