A Beast Out Of Himself: Intro Riffs

The first riff in the intro is played four times. In the studio version, however, they added a hi-pass filter the first two times, removing the lower frequencies so that it sounds really dramatic when they are brought back in along with the second guitar and the rest of the band.

You can do this live with an EQ pedal (or a nice tech guy) but normally you would just hear the band play the riff without this effect.

Before the first verse starts, there's another riff. It's very syncopated as only the first chord falls on the downbeat.
Open In New Window 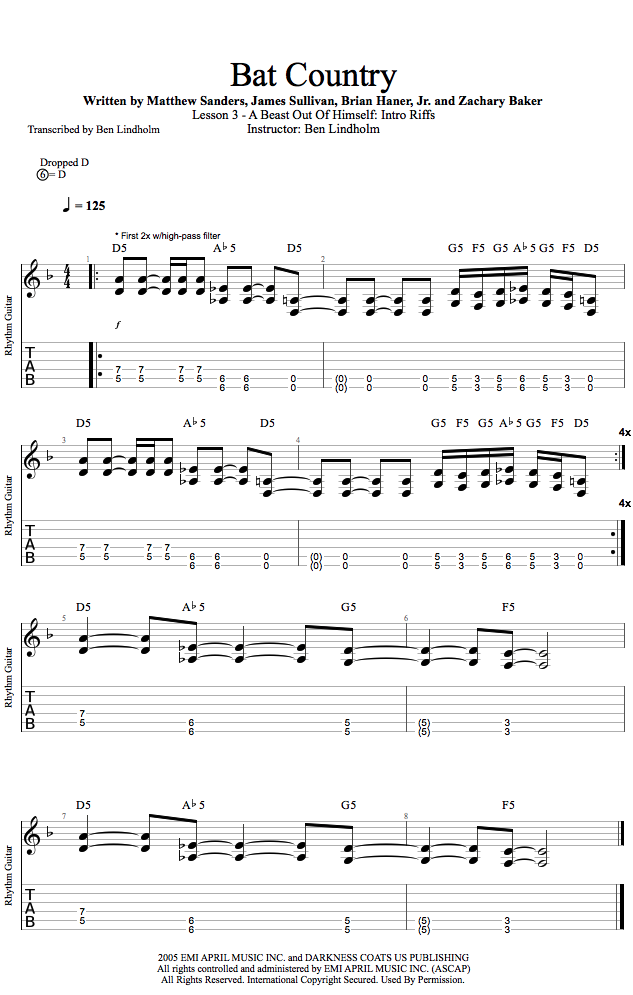