So Now You Know: Guitar 1 Pre-Chorus

So we leave the heavy riffing of the verse and the pre-chorus really opens the song up. Notice that here we switch to regular 4/4 time.

Then we're going to do this really interesting movement with some open strings; we start with our index finger on E on the B string but we're also going to play the D and G string open. Next we slide the E one whole step down to D and the open strings still ringing. Finally we just add A on the 5th fret of the high E string with an upstroke, also catching the notes we were already playing.

You're going to do this 3 times and then do a little octave run to set up the chorus. We're just starting with octaves on A on the 2nd fret of the G string and 5th fret of the high E string, and we're going to slide that same octave up one whole step to B and hit it 3 times and then hit the open D power chord. Take notice that there's a little slide out of the B octave. 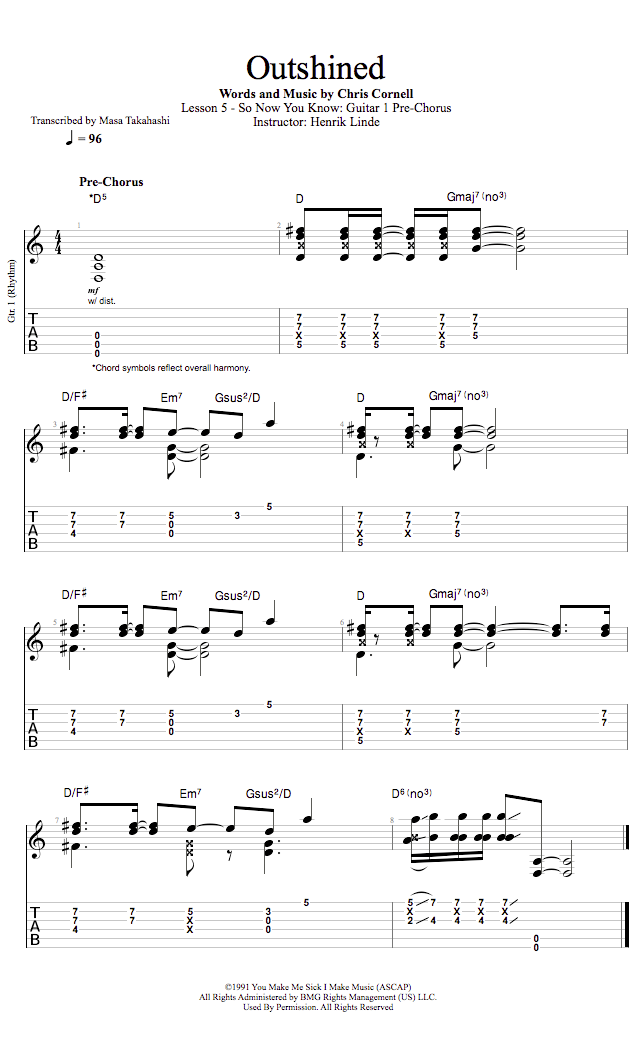