Who Gets Mystified: Guitar 2 Pre-Chorus

Guitar 2 will play a pretty similar part but there are some differences that occur. We'll start the same way with the open D power chord, then we'll use the same chords and movements as guitar 1, up to a certain point. But when guitar 1 does the open string lick guitar 2 is going to play a different part that works excellent with what guitar 1 is doing.

We'll slide up to G on the A string and E on the G string, then we slide that same shape down one whole step. Finally we hit A on the B string and then just the open B string. The 3rd time we leave the open B string out, and then just go into the same octave movement as guitar 1 but now with the A on the 7th fret of the D string, and the 10th fret of the B string. And of course, end with the big open D power chord! 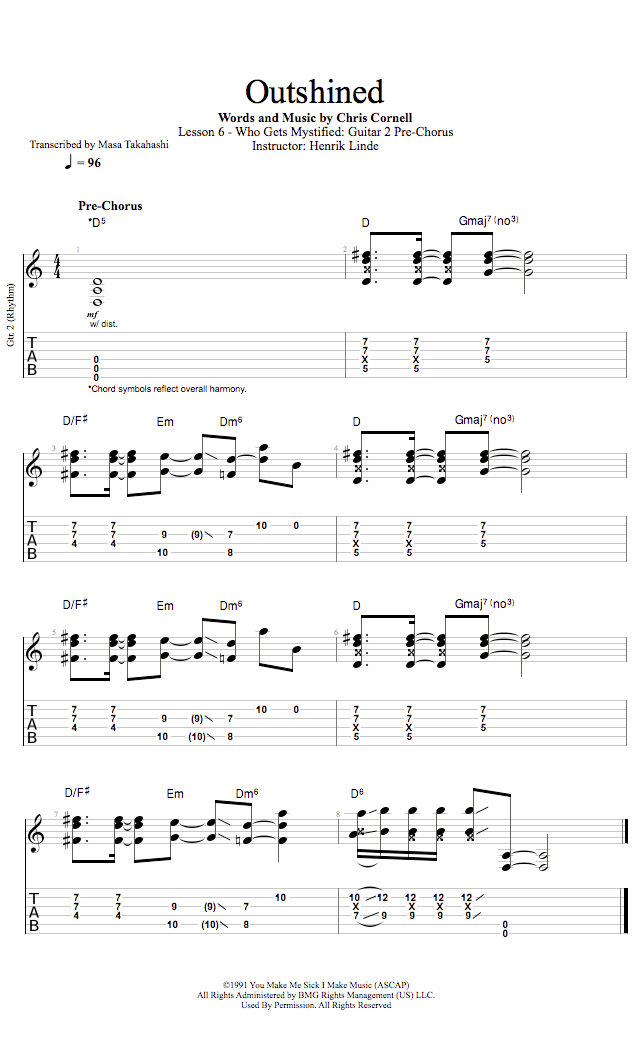