Guitar 3 will basically come out of the solo and go right into playing the vocal melody during the last verse. All the variations of the licks are based on two main melodies.

After that we repeat the first two phrases again, then we do a little variation where we just do a quick whole step bend on the G. For the last lick we'll do the same movement as before but bend up a whole step on the G before returning to F. 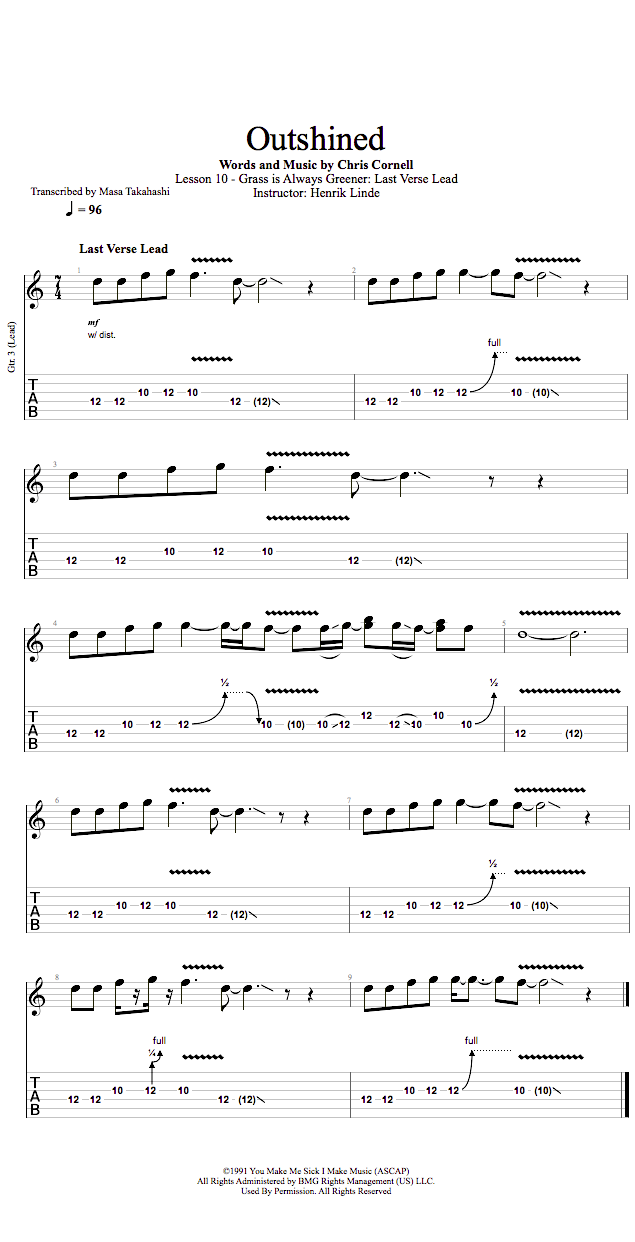