You Don't Want To Be My Slave: Verse 1

Next we are going to learn the verse guitar parts, which are also played as the second part of our intro as well during our first chorus. Guitar #1 plays this four measure long riff several times throughout the song. Here are some key points to help you through it:

1. Guitar #1 plays the same part during both the intro, interlude, and the verses. This sixteenth note riffs revolves around our open D string switches between two different melodies.

2. The first part rotates between our open D string played in sixteenth notes using some palm muting, followed by hammer-ons and pull-offs on Bb and A.

3. The second part does the same thing, only you will play the melody down a whole step to Ab and G utilizing the same techniques. 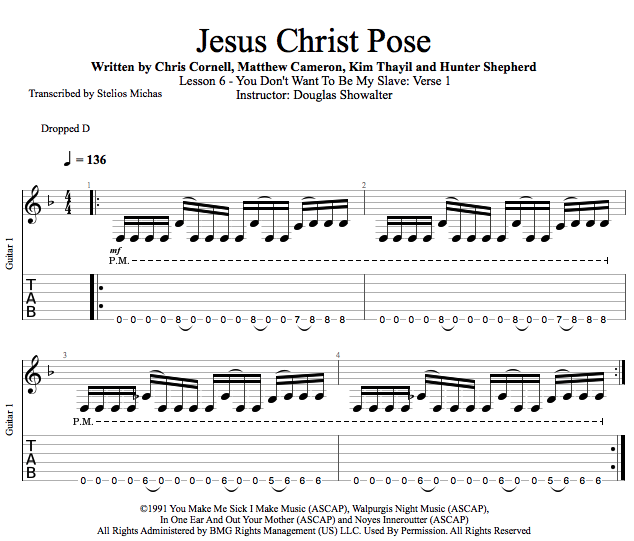