Poems of My Soul: Guitar 2 Chorus

Next we are going to learn how to play the second guitar part that you hear in our choruses. While there is only some slight variation to our second guitar, having both guitars in the mix really makes the chorus come alive in the arrangement. Again, the chorus is played three times with the same guitar parts each time.

Guitar #2 during the choruses plays a key supporting role in just strumming the open chord using your hands as the pick. The chord progression is:

The A to Asus4 movement is very important. The chords play subtly while Guitar #1 plays a slight melody.

Guitar #2 is playing the same part for all three choruses, and fades out at the end of the song.
Open In New Window 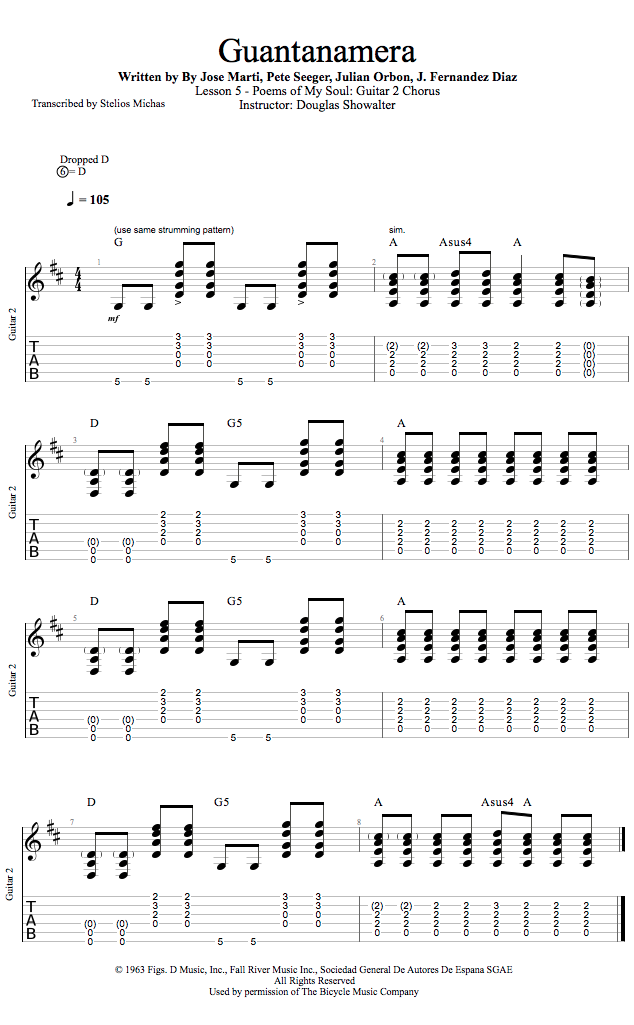