Our pre-chorus happens twice in the song, each time being the same four bar progression played twice. With both guitars playing the same part, we will switch to power chords before getting into our chorus both times.

Each chord is played with the same, quarter note triplet feeling rhythm. This isn't actually a triplet, but it's a similar feeling. Also, make sure to slide out of each four bars into the next. Sliding from G5 to B5, as well as the end sliding down into the chorus is very important.

Both guitars play during this section, playing the same exact same part both times. I am demonstrating with just Guitar #1, but in the play a long both guitars will be playing to make it nice and heavy. 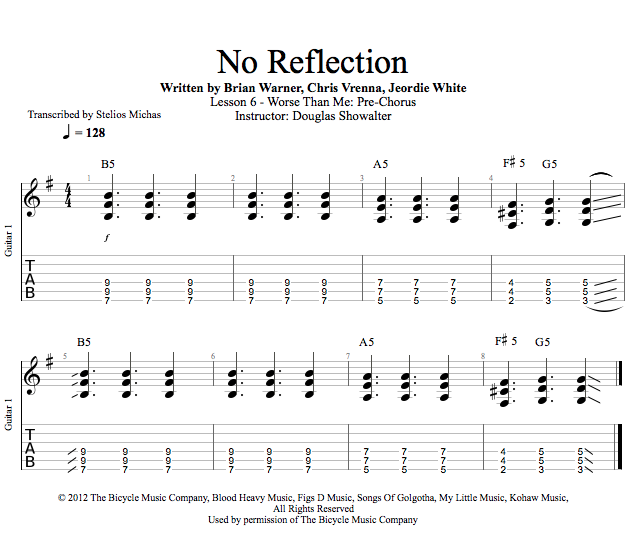