Our pre-chorus happens twice in our song, and it's the same rhythm guitar parts both times. We will include some of the same parts we played in our intro, along some new melodies played with a similar rhythmic motif.

Our pre-chorus is eight bars long. The rhythmic motif is the same as our main riff, outlining the following chords.

For the first two bars, we will outline the G7 chord using our open G string on with a moving melody from D to E to F and back down on the B string. This is the same motif as our main riff from the intro.

Our next phrase is exactly the same as what we played in our intro, outlining a D7 chord.

For the next four bars, we are going to simply play each chord with the same rhythm but there won't be any moving notes. Just three note chord voicing for Bb, C, and G.

And that's how you play the guitar part heard in both pre-choruses. 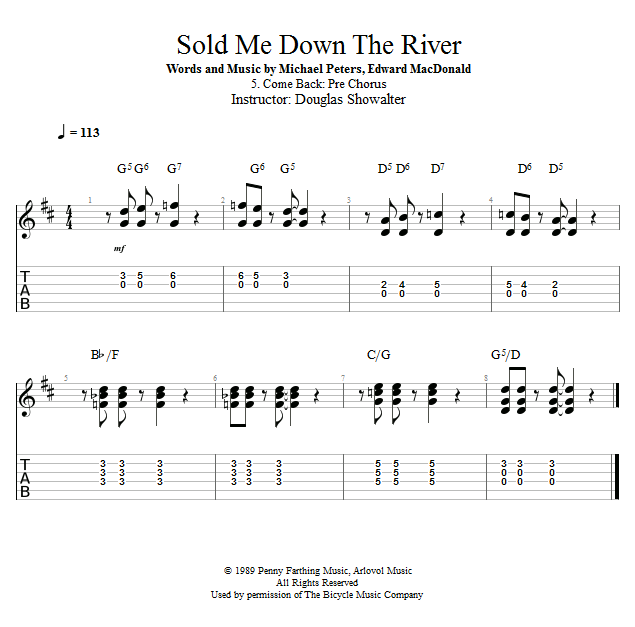 Instructor Douglas Showalter
Artist: The Alarm
Song: Sold Me Down The River
Difficulty: