Our chorus kicks in full throttle, with a doubled heavy guitar part that really kicks up the dynamic of the song and showcases the vocal hook. We will be playing both electrics here, doubling the chorus as that doubling effect is really important and helps keep this section sounding huge. I am just going to teach Guitar #1, but remember with the play a long you will hear and see two guitars playing the same thing with the same tone. The chorus has two sections, and in this lesson I am going to teach the first part which is played three times in the song.

You will start in just slightly before the chorus, playing two sixteenth notes using the muted strings with our distortion on nice and loud.

Once you're in you will play the following chord progression, with all chords using an open G major shape. It's also important to pay attention to the anticipated rhythm of the chords.

All three times you play this section, both guitars will play the same parts. You will see and hear this part being doubled to make it sound enormous, which is a very common production technique. 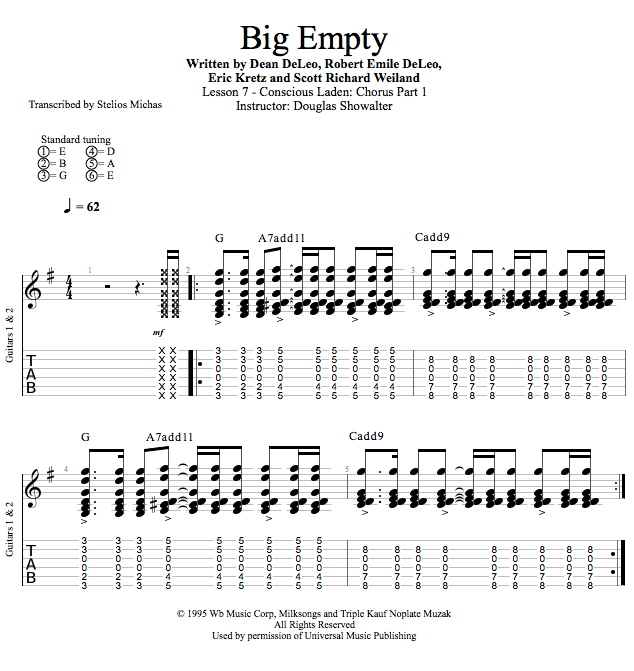