Following the first part of our chorus, we have a second chorus section that changes each time it's heard. After the first chorus, this section is only two bars long. After the second and third choruses, this part is eight bars long and will end the same way. The second time leading into the bridge, and the third time ending the song.

The chorus chords we will be playing for this section are G, F, and E7. Playing the chords with their extensions in the lower register does a great job of making this part sound extra heavy. The first time it comes around, it will only be played once with the last chord ringing into the interlude section.

The second and third time you hear this section it's played the same way. It's eight bars long, and you will play this two bar section four times. The first time you played it, you just let that E7 ring. After the second and third choruses, you won't resolve the E7sus4 at the end but will simply let it ring into the next section.

With both guitars playing, this part is nice and heavy and does a great job of transitioning sections as well as ending the song. 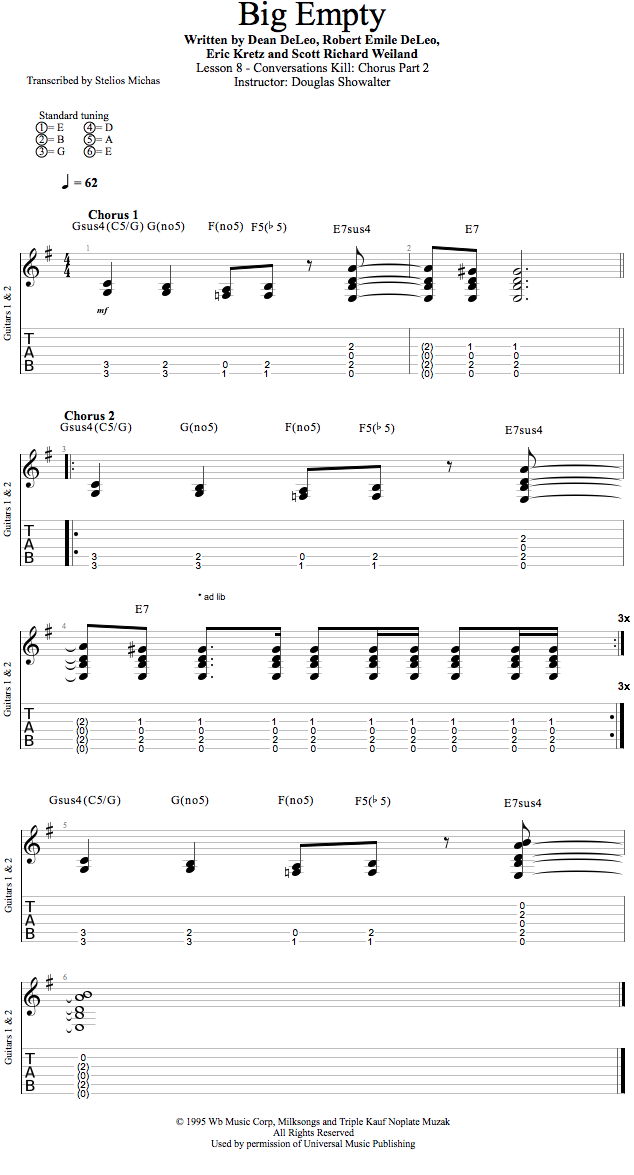