After two bars of our bridge with the counterpoint being played between Guitar #1 and the bass; Guitar #2 comes in with our slide playing with a very roomy, distorted tone. You will play some ascending moving up the G scale while also adding in some extra notes as well. This part builds and builds really nicely and does an amazing job of taking us out of the bridge.

After two bars, we sneak in with Guitar #2 sliding into a G note on our B string. This is followed by two melodies resolving to F#, and A that are played similarly to what we played on our acoustic guitar.

After that, we will kick up the aggression a bit playing the same type of movement resolving to B followed by a manic slide up to C# and A on the G and B strings.

After the C# and A are played, you will play with lots of vibrato moving from C# to D and then end the section by doing a slide from E and A all the way up to D and G. Make sure you land on the G chord as the chorus hits.
Open In New Window 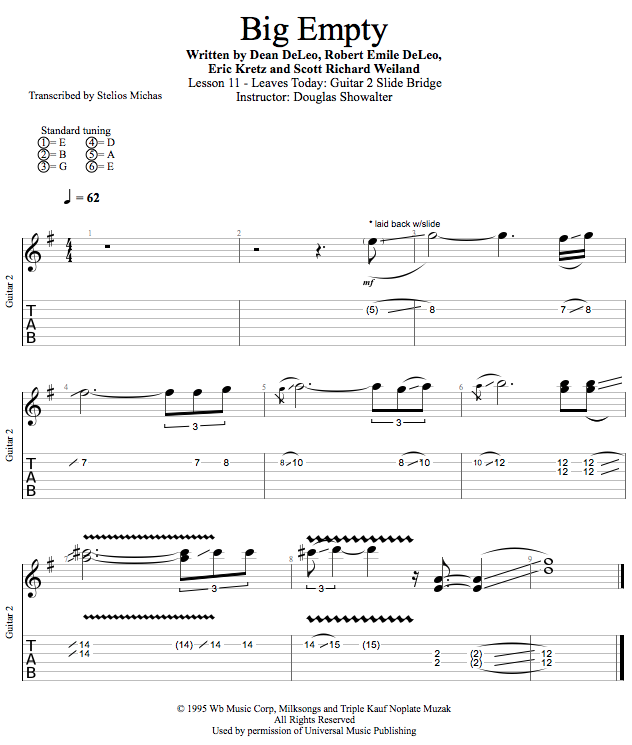