I am playing a slow, four-measure progression in A major (A E/G# F#- E) Nice use of chord inversion E/G#, simple melodic lines and lots of emotive bends!

It's a laid back style & I will play the melody/solo once and then play in once more with some variation. 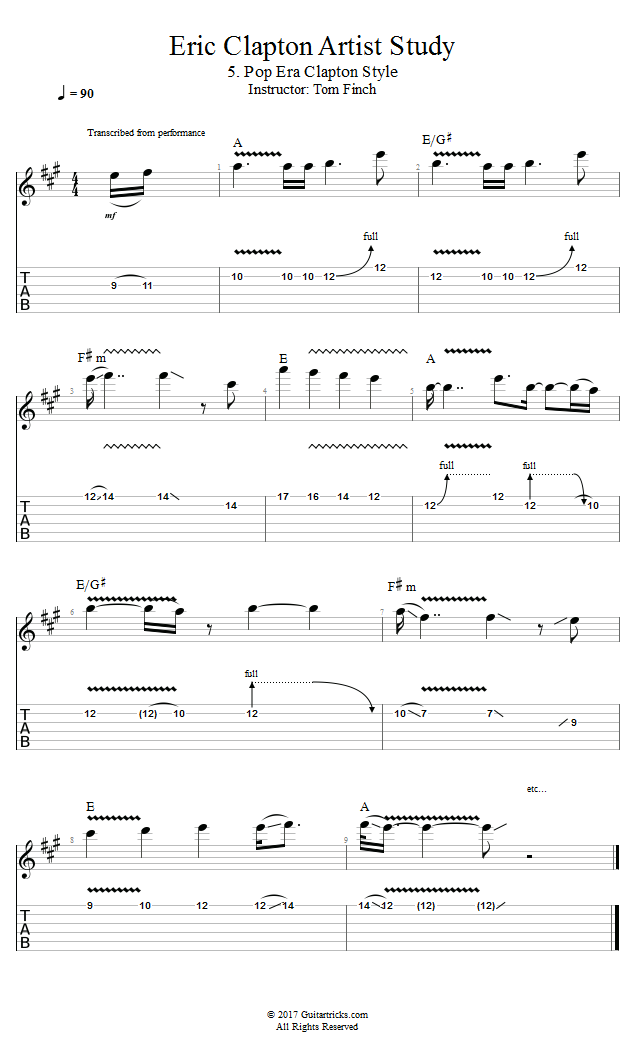