May used power chord shapes & open string pedal tones like other rock
guitarists. But he also played very specific chord voicings, often with
open chord shapes, triads & inversions moved up & down the neck to
achieve melodies with his guitar parts. These melodies sometimes mimicked the vocal part; other times they were a completely distinct
counter melody to the vocal part adding to the richness of Queen’s music. 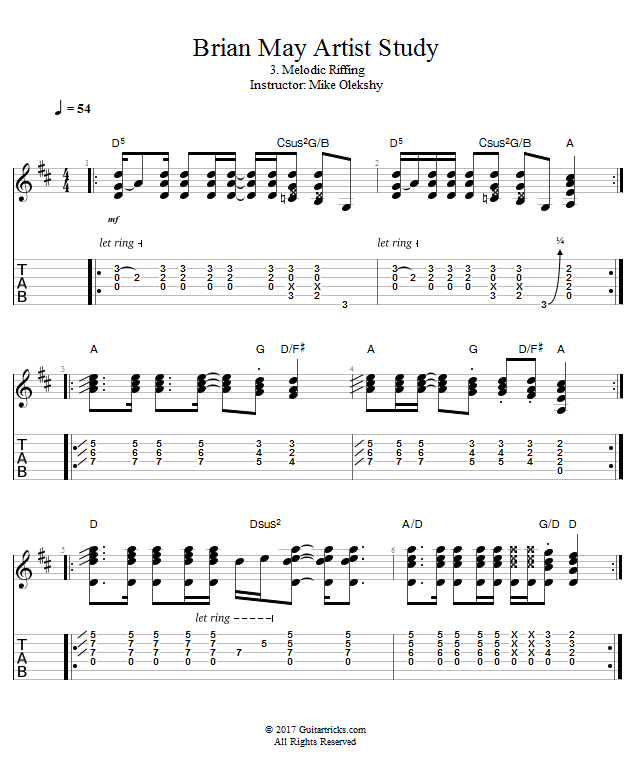