Guitar 1 kicks off with a minor pentatonic hammer-on riff followed by a two-bar chord progression thatâ€™s repeated four times for the Intro. This part is revisited throughout the song.

Thereâ€™s a show hammer-on in the intro riff using G minor and E-flat major barre chords with hammer-on lick and strum. This is played 4 times at Intro, 2 times at beginning of every Verse, 2 times before the Solo, and 4 times at Outro. 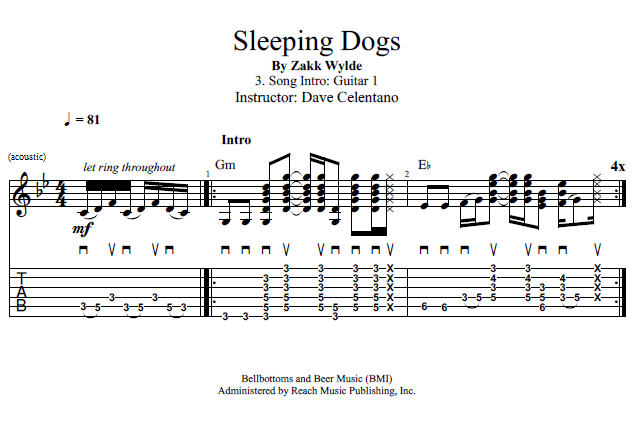